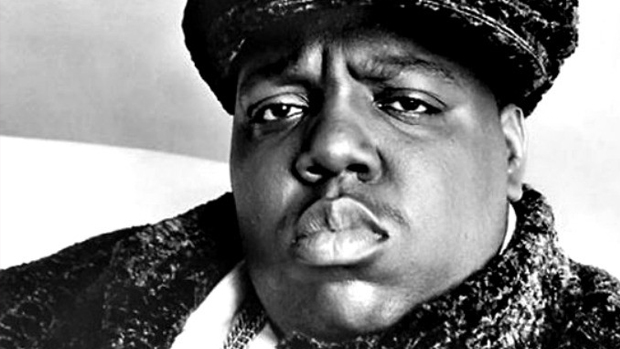 Bio:Biggie Smalls (Born Christopher George Latore Wallace in Brooklyn, New York on May 21, 1972) was an American rapper. Biggie released his debut album, Ready To Die, in 1994 and quickly became a central figure in the East Coast hip-hop scene. He was first considered the rival of Tupac Shakur, a former friend, in the East Coast/West Coast hip-hop rivalry of the 1990s. Biggie released two albums while alive: Ready To Die (1994) and Life After Death (1997) with one album, Born Again (1999) released after his death. During his career, Biggie won multiple Source, Billboard Music and Grammy awards, including the award for Rap Single and Rap Artist of the Year in 1995, the award for Best Rap Video with “Hypnotize” in 1997 and posthumously, the Best R&B/Soul Album for Life After Death in 1998. Biggie Smalls was killed by an unknown assailant in a drive-by shooting on March 9, 1997.

Best Known For:Smalls is best known for as an influential rapper, with songs like “Big Poppa” and “Hypnotize”.

Personal Life:Smalls was raised by his mother after his father left when Smalls was only two years old. Smalls dropped out of high school and began rapping as a teenager. He met longtime collaborator Sean “Puffy” Combs in 1992. In 1993, Smalls’s then girlfriend gave birth to his first child. Wallace later married R&B singer Faith Evans in 1994 and the two had a son together. Smalls created the rap group Junior M.A.F.I.A in 1995, which include rappers Lil’ Kim, who would have a love affair with Biggie.