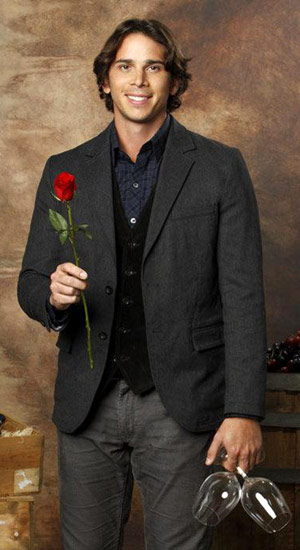 Bio: Ben Flajnik (born Sept. 10, 1982 in Sonoma, Calif.) was the star of The Bachelor season 16, runner-up on Ashley Hebert’s season 7 of The Bachelorette, and a wine-maker.  He currently splits his time between San Francisco and Sonoma, Calif., where he co-owns Evolve Winery with his best friend Mike Benziger. Ben spent most of his childhood in Sonoma. During Ben’s first run on the ABC hit series The Bachelorette, Ben notoriously got down on one knee in Fiji and asked for Ashley Hebert’s hand-in-marriage, but she sadly declined. Ben left the show with a broken heart after Ashley accepted J.P. Rosenbaum’s proposal. After several months of recovering from a broken heart, Ben next agreed to star as The Bachelor. During his season, Ben met and got engaged to model Courtney Robertson, who was greatly disliked by fans. Equestrian Lindzi Cox was  the runner-up on Ben’s season. Because Ben lost his father, he claimed that it was hard for him to commit to relationships. Ben credits The Bachelor reality series for helping him to open his heart back up after his father’s death.

Best Known For: Ben was the runner-up on Ashley Hebert’s season of The Bachelorette. During the season finale, Ashley rejected his proposal, leaving him heartbroken and devastated. He was then chosen as the next Bachelor.

Personal Life: Ben courted Ashley Hebert on the Bachelorette, and then dated many contestants during his season of The Bachelor, eventually ending up with Courtney Robertson. The pair went through a split before the season finale ended, however, and though they reconciled for a short period, they officially broke up in October 2012.