Leave it to Bebe Rexha to take everyone’s breath away on the red carpet! The singer dazzled at the CMA Awards in a multi-colored sequined dress. Her look gave us major old Hollywood vibes!

Bebe Rexha, 29, sparkled like a princess on the CMA Awards red carpet! The “Meant To Be” singer donned a green, gold, and silver sequined dress. The gorgeous gown featured a thigh-high slit and a plunging neckline. Bebe’s short bob was in loose waves and pinned back. Her smokey eye and nude lip was totally on point! This is definitely one of her best red carpet looks yet!

Bebe recently slayed at the 2018 Victoria’s Secret Fashion Show with a sizzling performance. The singer rocked an all-pink outfit, including a pink bodysuit and long jacket. On the pink carpet after the show, Bebe dazzled in a plunging red dress. To be honest, we’re still obsessing over those amazing looks! 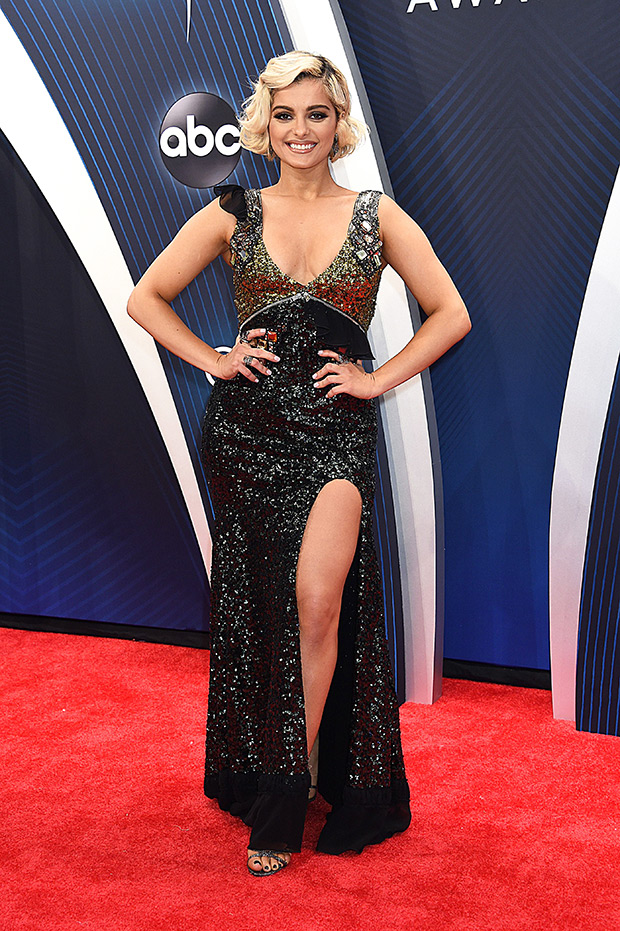 Bebe and Florida Georgia Line will be performing “Meant To Be” during the 2018 CMAs. Other performers include Kelsea Ballerini, Luke Bryan, Kenny Chesney, Dan + Shay, Old Dominion, Carrie Underwood, Keith Urban, Dierks Bentley with Brothers Osborne, Miranda Lambert, Jason Aldean, and more. The 2018 CMA Awards will be hosted by Carrie and Brad Paisley.

Sarah Harding: 5 Things To Know About The Girls Aloud Singer, 39, Who Has Died From Breast Cancer