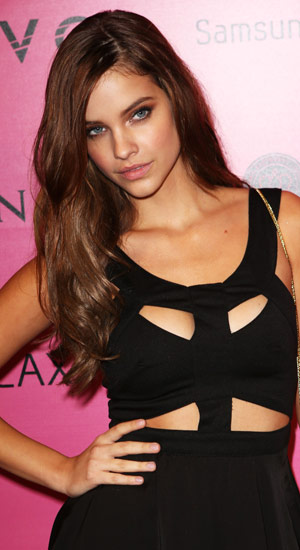 Bio:Barbara Palvin (born in Budapest, Hungary on October 8, 1993) is a Hungarian fashion model. She was discovered on the streets of Budapest in 2006, at the age of 13. She shot her first editorial in the same year for Spur Magazine. Since, she’s graced the covers of L’Officiel, Vogue Russia, and Glamour Hungary. Barbara made her runway debut as an exclusive for Prada during Milan Fashion Week in February 2010. She’s also walked for Louis Vuitton, Miu Miu, Nina Ricci, and Vivienne Westwood, and opened the pre-Fall 2011 Chanel show. She’s modeled for Armani Exchange, H&M, Victoria’s Secret, and in February 2012, she became an ambassador for L’Oreal Paris.

Best Known For:Appearing in the 2012 Victoria’s Secret fashion show, and being spotted at a performance of the Lion King on Broadway with Justin Bieber.

Personal Life:Barbara has been dating fellow Hungarian Kristof Somfai, but was spotted at a Nov. 8, 2012 Broadway performance of The Lion King with Justin Bieber, fueling rumors the two may be dating.