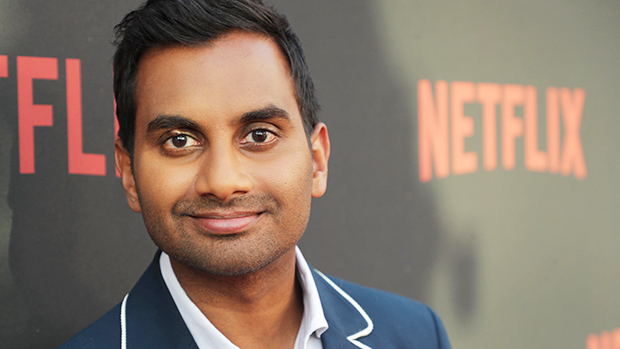 Bio:Aziz Ansari (born February 23, 1983 in Columbia, South Carolina) is an American comedian and actor. In 2008. Aziz was cast in the show Parks and Recreation, which debuted in April 2009. In it, Aziz portrayed government employee Tom Haverford and the role earned him national attention. He starred as a main character on the show for seven seasons. Aziz premiered his Netflix original series, Master Of None, in 2015, which earned him a Golden Globe nomination for Best Actor in a Comedy. In addition to his TV career, Aziz made appearances in many films such as Get Him To The Greek and I Love You, Man. Aziz has continued to perform and tour as a stand-up comedian amongst his busy acting schedule. In 2012, he announced his most recent tour, ‘Buried Alive,’ which also had a Netflix special. On January 21, 2017, Aziz hosted Saturday Night Live and was the first South Asian American host for the show. Aziz Ansari was accused of sexual misconduct on January 14, 2018 by a woman he once dated. He responded to the claims, saying, “I took her words to heart and responded privately after taking the time to process what she had said.”

Best Known For:Aziz Ansari is a best known as a comedian and actor.

Personal Life:Aziz published his first book, Modern Romance, in 2015. He has described himself as an atheist. He was in a relationship with chef Courtney McBroom, but in January 2016, it was announced they ended their relationship after two years of dating. Aziz has a brother named Aniz, who co-wrote Master Of None with him.