What the what? We were seeing double as ‘Ingrid Goes West’ stars Aubrey Plaza & Elizabeth Olsen wore the exact same dress and shoes at the film’s premiere in L.A. on July 27. What a fashion faux-pas! Find out HOW and WHY this happened below!

If you think one of the girls didn’t get the memo, think again! Aubrey Plaza plays a social media stalker who is obsessed with Elizabeth Olsen‘s character in their new, dark comedy Ingrid Goes West. The duo decided to play on that fact at the red carpet premiere for the film, donning the exact same outfit! Normally, this would be a MORTIFYING moment, but the two ladies had us laughing about the planned who wore it better moment! It was hysterical!

While walking the carpet in Hollywood on July 27, both ladies rocked aMarc Jacobsdress,Sophia Webstershoes, andAnita Kojewelry. In the movie, Aubrey becomes obsessed with the seemingly perfect girl played by Elizabeth, and moves to befriend her. The dresses were actually slightly different — Aubrey’s dress had gold embellishments, while Elizabeth’s dress was silver. Elizabeth’s loose waves, parted to one side, were styled byMark Townsend, and her makeup, which centered around a sexy cat eye, was done by Gita Bass. Aubrey’s hair was done by one of Blake Lively‘s fave stylists Rod Ortega. He used T3 Microand Ibiza Hair tools. Aubrey’s makeup was done byMai Quynh, and also focused on dark eyes and pretty pink lips. Both ladies looked amazing!

The movie hits theaters August 11. We can’t wait to see it! 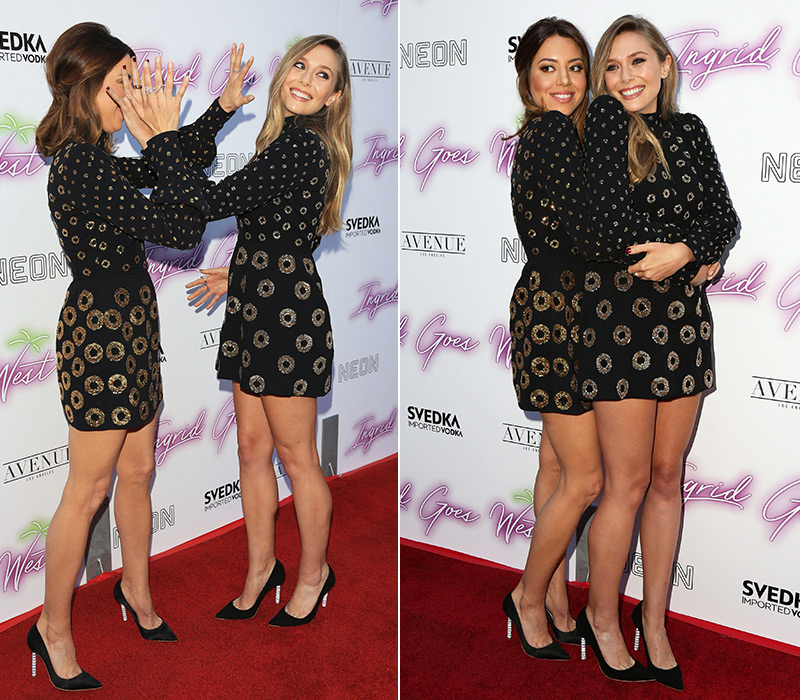 Dolly Parton’s Siblings: Everything To Know About Her 11 Brothers & Sisters