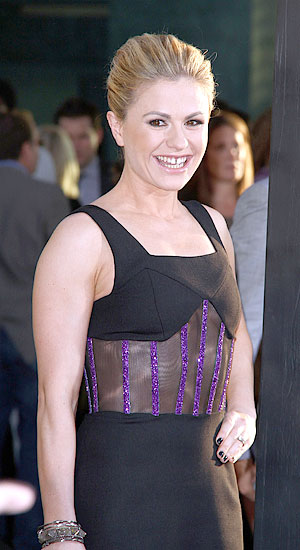 Bio:Anna Paquin (born Anna Helena Paquin on July 24,1982 in Winnipeg, Manitoba, Canada) is an actress from New Zealand. She is best known for her role as Sookie Stackhouse on HBO’s True Blood (for which she garnered a Golden Globe). However, Paquin’s stardom began early; she is the 2nd youngest person to win an Academy Award for Best Supporting Actress, which she gained after appearing in The Piano. Paquin has also starred in She’s All That, Almost Famous, and the X-Men series.

Best Known For:Her role on True Blood, and her candidness regarding her sexuality.

Personal Life:In 2010, Paquin married her True Blood co-star, Stephen Moyer. In Sept. 2012, Anna gave birth to fraternal twins, Charlie and Poppy. Through her marriage to Stephen, Anna also has a stepson named Billy (born in 2000) and a stepdaughter named Lilac (born in 2002). In 2010, Anna came out as bisexual in a public service announcement promoting equal rights for the LGBT community.