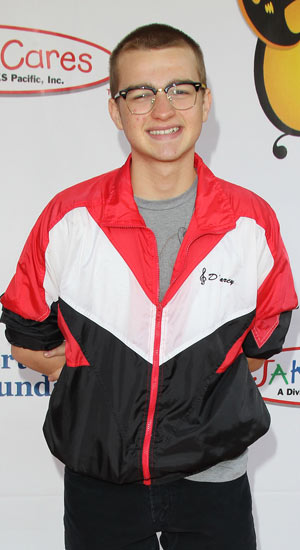 Bio:Angus T. Jones (born Angus Turner Jones on October 8, 1993 in Austin, Texas) grew up in Los Angeles. He got his big break when he was cast as Jake Harper in the hit CBS sitcom, Two and a Half Men. He reportedly makes $8 million per year from the show. In November 2012, Angus made headlines when he called the show “filth” and said that he hoped people would stop watching it.

Best Known For:Angus T. Jones is best known for his role on the hit CBS show, Two and a Half Men.

Personal Life:Angus is a Seventh-day Adventist, which is an extreme Christian group. He is also known to enjoy collecting funny hats and socks. Angus also claims to be a virgin.

‘Grey’s Anatomy’ Recap: Link Proposes To Amelia & Ends Up At Someone Else’s Door