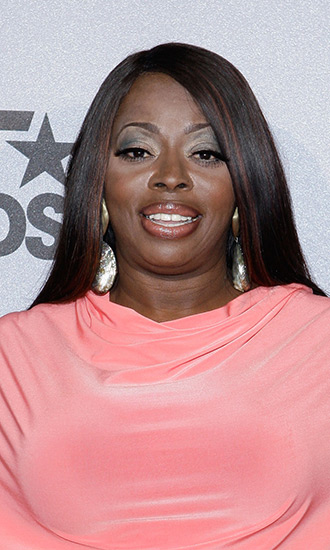 Bio:Angie Stone (born Angela Laverne Brown on  December 19, 1961 in Columbia, South Carolina) is an American soul and neosoul singer/songwriter and actress. She has had four Top 10 albums on the R&B charts, and has sold over 5 million albums. Stone recorded the theme song for the television series Girlfriends. She has also received three Grammy Awards nominations. As an actress, Stone had roles in the films Scary Movie 5 and Wonder Girls. As of March 2015, Stone is filming a movie titled The Legend of Hip Hop.

Best Known For:Angie Stone is best known for being a soul/neo soul singer-songwriter.

Stone is dating her manager, Ashanti Graves. Stone has a son, Michael D’Angelo Archer II, from a previous relationship with soul singer D’Angelo. Stone also has a daughter, Diamond, from her marriage to Rodney Stone. In March 2015, Stone was arrested for domestic aggravated assault against Diamond. During the incident, Stone allegedly knocked out Diamond’s teeth.

Dolly Parton, 74, Slays As A Sexy Santa For ‘Christmas In Rockefeller Center’ Performance