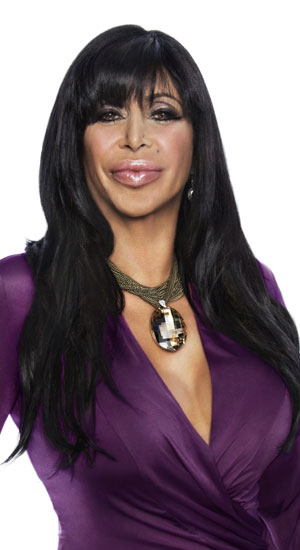 Bio:Big Ang (born Angela Raiola in Brooklyn, New York on June 30th 1960) was a reality television personality. She rose to fame after starring in the series Mob Wives. Big Ang’s uncle was a member of the notorious Genovese crime family and she dated many Mob members and managed several Mafia hangouts. She owned the Drunken Money bar in Staten Island, New York. Her own spin-off show Big Ang recently premiered on VH1. She also released a book entitled Bigger Is Better: Real Life Wisdom from the No-Drama Mama in September 2012. In 2015, doctors removed a lemon-sized tumor from her throat. After undergoing treatment for brain and throat cancer, doctors thought she had defeated the disease. However, it returned in Dec. 2015 and quickly advanced to stage 4. Sadly, Ang passed away on Feb. 18, 2016, surrounded by her family and friends.

Best Known For:Big Ang was best known for starring on VH1’s Mob Wives, as well as her spin-off, Big Ang.

Personal Life:Big Ang was a single mom with two kids. She dated several mob members over the years, and was loosely married to a man named Neil. In 2003, she was arrested for possession of cocaine.