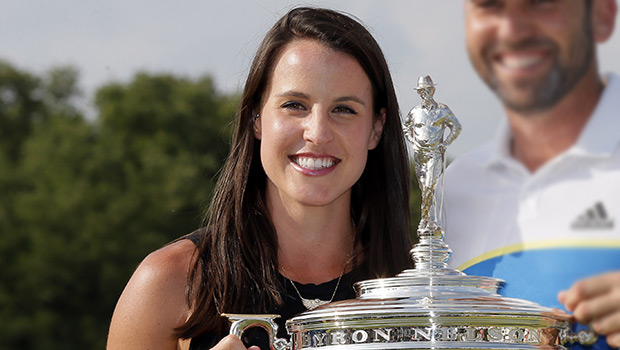 Bio:Angela Akins (born in Marble Falls, Texas, in 1986) is an American journalist. She started working for the Golf Channel in 2015 as a reporter for Golf Central, the network’s evening news program, and an interview for the the network’s PGA Tour tournament. Before her job at Golf Central, she worked as a reporter and co-host for several FOX Sports Southwest programs like Fox Football Friday.

Best Known For:She is best known for being a reporter for the Golf Channel and Sergio Garcia’s fiancee.

Personal Life:Angela and Sergio started dating in 2015. They announced their engagement in Jan. 2017 and said they were getting married in 2017.