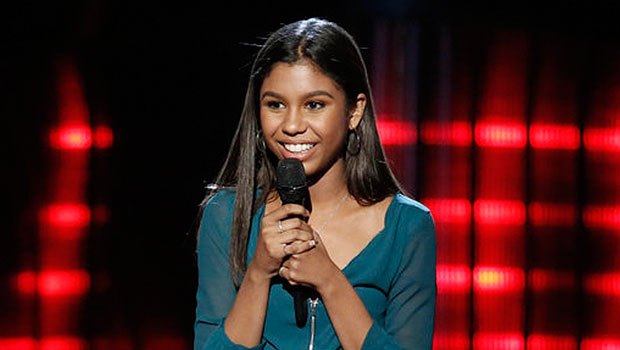 Bio:Aliyah Moulden (born on August 14, 2001 in Annapolis Maryland) is an American singer. After learning to sing “Somewhere Over The Rainbow” as a child, she became inspired to become a singer. She performed at the Caroline Sunshine Concert Jam Tour with Disney stars in 2013, and has opened for artists like Jesse McCartney and Chloe X Halle. Aliyah also released her own EP, “We Own The World.” Aside from singing, she has done some acting, including a guest spot on Disney’s Jessie and a role in the short film Confined. She was also in Pharrell’s video for “Happy.” Aliyah auditioned for season 12 of The Voice, which premiered in Feb. 2017, and chose Blake Shelton as her coach. She made it to the Finals and came in third place.

Best Known For:Aliyah is best known as a contestant on season 12 of The Voice.

Personal Life:Aliyah has one brother. She was raised by her mother, as her father died of lung cancer when she was an infant.