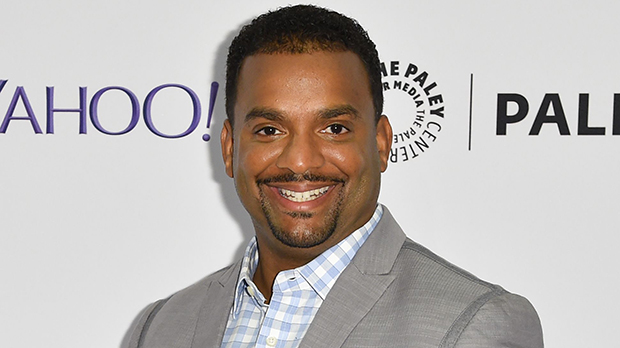 Bio:Alfonso Ribeiro, 42, (born Alfonso Lincoln Ribeiro, Sr. in the Bronx, New York) is an American actor, director, television host, singer and dancer. He rose to fame on The Fresh Prince Of Bel-Air, which aired from 1990 to 1996. His professional career began when he starred in Broadway musical The Tap Dance Kid. He then starred on the sitcom Silver Spoons. Since, he has hosted two game shows including ABC Family’s Spell-Mageddon in 2013, and was a contestant on the British reality show, I’m a Celebrity…Get Me Out of Here. He joined the Season 19 cast of Dancing With The Stars, which premiered on Sept. 15, 2014, earning the top score of the first week.

Best Known For:Alfonso Ribeiro is best known for starring as Carlton Banks on the NBC sitcom, The Fresh Prince Of Bel-Air, alongside Will Smith. He is widely recognized for “The Carlton” dance.

Personal Life:Alfonso was married to Robin Stapler from 2002 to 2006. The couple shares custody of one daughter, Sienna Ribeiro. In July 2012, Alfonso became engaged to writer Angela Unkrich. The couple married on October 13, 2012, and welcomed a son Alfonso Lincoln Ribeiro, Jr. who was born on October 27, 2013.