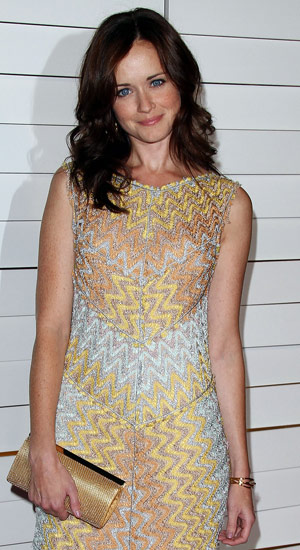 Bio:Alexis Bledel (born Kimberly Alexis Bledel in Houston, Texas on September 16, 1981) is an actress. She rose to fame on the critically-beloved TV series Gilmore Girls, as Rory Gilmore. She made her film debut in Tuck Everlasting in 2002. She appeared in the film The Sisterhood of the Traveling Pants in 2005 and its sequel, The Sisterhood of the Traveling Pants 2, in 2008. Alexis made a return to television in 2012, guest starring in season five of Mad Men.

Best Known For:Alexis is best known for starring in Gilmore Girls for seven seasons, from 2000-2007.