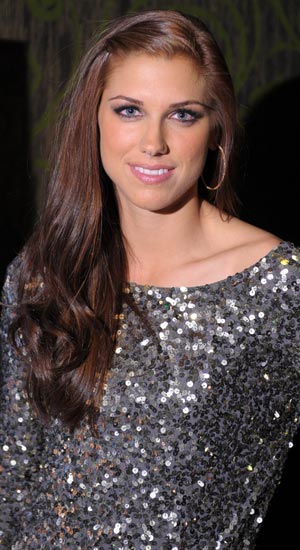 Bio:Alex Morgan (born Alexandra Patricia Morgan in Diamond Bar, California on July 2, 1989) is an American soccer player. As a talented young athlete, she was offered to play on the Women’s National Team at just 17 years old. Shortly after, Alex spent four incredible years at the University of California, Berkeley, where she led the Golden Bears in scoring goals. With an impressive college soccer career under her belt, Alex went on to be the first pick of the Women’s Professional Soccer Draft, by the Western New York Flash in January 2011. Alex scored the game-winning goal in the 2012 Olympics, winning the US Women the gold medal. In 2015, Alex helped the US Women’s National Team win the FIFA Women’s World Cup, the third World Cup victory for the United States and the first since 1999.

Best Known For:Alex Morgan is best known as a professional soccer player, having won both the Olympic Gold medal in 2012 and the Women’s World Cup in 2015.

Personal Life:Alex Morgan appeared in 2012’s Sports Illustrated Swimsuit Issue showing off her killer body in a body painted bikini. She met current soccer star beau, Servando Carrasco, during their college years at the University of California, Berkeley. The couple practices together and are each other’s biggest cheerleaders on the field! professional careers.

Turpin Children Today: Everything To Know About 13 Kids Enslaved By Parents For Years