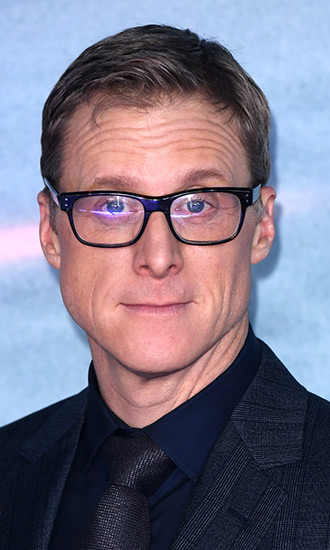 Bio:Alan Tudyk (born Alan Wray Tudyk in El Paso, Texas on Mar. 16, 1971) is an American actor. After a short-lived stint at Julliard, Alan nabbed his first major role as a gay, German drug addict named Gerhardt, opposite of Sandra Bullock in the 2000 film 28 Days. Shortly after, Alan took a role alongside late actor Heath Ledger in A Night’s Tale in 2001. He then went on to make a name for himself in the 2004 comedy Dodgeball: A True Underdog Story as Steve the Pirate and as Sonny the robot in I, Robot. Other notable films he was in include 3:10 to Yuma, Knocked Up, and Transformers: Dark of the Moon. In addition to starring on screen, Alan also offered his voice to animated features such as Alvin and the Chipmunks: Chipwrecked, Zootopia, and Moana. He also played droid K-2SO in Rogue One: A Star Wars Story. In early 2016 Alan announced that he was working on his own TV series Con Man, which is based loosely on his own experience touring the convention circuit.

Best Known For:Alan Tudyk is best known for roles in Dodgeball: A True Underdog Story, I, Robot, and A Knight’s Tale.