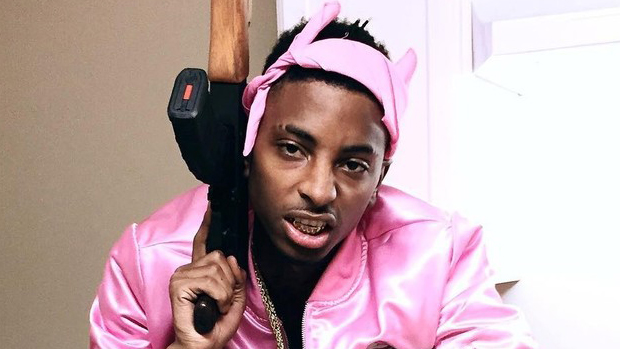 Bio:22 Savage (born MacArthur Johnson on October 8, 1996 in Baton Rogue, Louisiana) is an American rapper, comedian and social media star. 22 Savage first gained fame on the Vine video social media network. Prior to his hip hop semi-stardom, MacArthur released comedic videos online under the name Mighty Mike, Funny Ass Mike and girlhefunny. He took on the 22 Savage moniker after he realized he sounded and looked like the Atlanta, Georgia rapper 21 Savage. The original didn’t appreciate the imitation and the two began to feud. Ultimately, 22 Savage rebranded himself as Young 22 in Feb. 2017. In April 2017, he gained some notoriety while appearing on the track “Kylie’s Daddy,” professing his lust towards Kylie Jenner.

Best Known For:22 Savage is best known as an Internet video star and rapper.

Personal Life:22 Savage once challenged 21 Savage to a boxing match for control over the “Savage” name. The original declined. In May 2016, MacArthur was arrested in Baker, Louisiana, after he allegedly shot and killed a man named Richard Phillips. Richard was handing out fliers when he reportedly got into an argument with MacArthur. 22 Savage claims he was defending himself during the alleged incident. He was charged with second-degree murder, illegal use of a weapon and obstruction of justice. Young 22 was released on $370,000 bond.